In the daylight hours we possess the present, but in
the hours of darkness we abandon control. At night
we slip to the other side where boundaries, time sequence,
distinctions, dissolve. We sleep and in that other world,
illuminated by unique inner light, we dream.

The belief that the deity communicates with an individual
through the spontaneous imagery of dreams is ageless.
Symbols are the language of this communication. The visions
received are a web of ancient images, common to all of us.
The tree, certain animals, mountain and cave, fire and water
often appear, as do such basic human experiences and wishes
as birth and death, journey and flight. Jacob’s dream,
recounted in Genesis, is typical.

At sunset Jacob came to a halting-place
and stopped there for the night.
He lay down to sleep, his head
supported on a stone. Then he had a dream:
a ladder rested on the ground, its top
reached to the heavens, angels were
going up and down on it. And the Lord
was standing there. When Jacob awoke
he exclaimed, “Truly the Lord is
in this place and I did not know it!”
In fear and wonder he cried out:
“How awesome is this place. This
is the abode of God, the gate that
opens into heaven.”

The ladder reaches beyond the confines of this world
into the world of God and angel, a world inaccessible
to the senses unless we be given sight of it in dreams.

Page 52 Sign of the Tree
Meinrad Craighead
1970s; Stanbrook Abbey; Ink on Scratchboard; 10×12; Signed “Craighead” – Identified on the back. 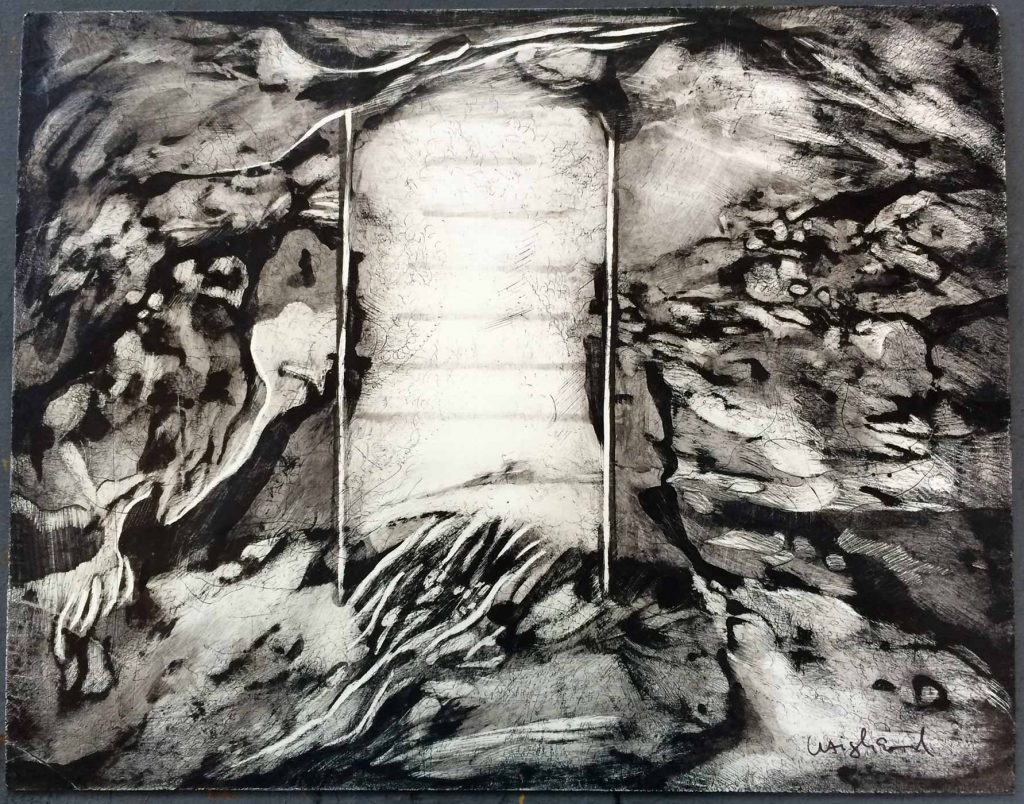