The ancient lore of the maize culture
in the Americas is central to the life
and rituals of their native peoples.
Surely the many mysterious legends
about Mother Maize and the Corn Maidens
were inspired by the vigorous physique
of this unusual plant which stands as
tall and straight as a proud young tree.
Each strong maize stalk – the long leaves
twisted into sharp angular patterns,
the ears sprouting from the body like
hard multiple breasts with silky hair
falling from each, the milky seed teeth,
the pollinating tassels trembling and
dancing in the slightest breeze – exudes
a strong female body magic, intensified
by brilliant yellows, purples, greens,
and reds.

Most of the stories which centre on maize
describe the motherhood of the earth, the
emergence of mankind from a dark
underworld into the sun world through the
body of Mother Maize, and the mystery
of her body as the food by which mankind
is sustained. The words of this Corn
Maidens’ chant evoke the rhythms of
childbirth: 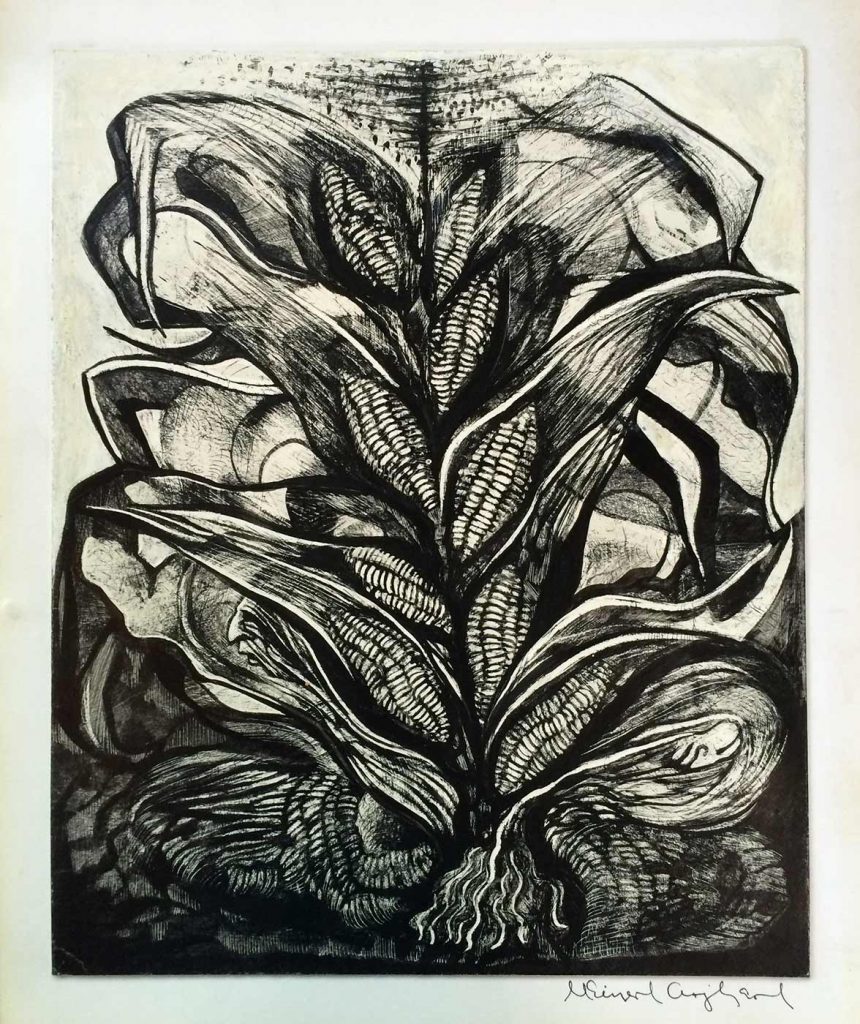