Persephone, abducted from the earth by Hades,
was plunged into the underworld. While she was
in captivity she tasted death, for she ate a few
pomegranate seeds, and was condemned to remain
with Hades for part of each year. But each spring,
when the weak sun began to grow strong, when the
naked earth began to be dressed, she returned
to her mother Demeter. In classical mythology
the pomegranate is sacred to Persephone because
the tree symbolized her ritual return from Death’s
kingdom at the time of the vernal equinox.

Less familiar is the earlier story of the goddess
Cybele and her son-lover Attis, who was associated
with the pine and the almond as well as with
the pomegranate. Born from an almond tree,
the youth, to escape the attentions of his mother,
castrated himself and bled to death beneath a pine.
Since the seeds of the pomegranate resemble
drops of blood, the pomegranate tree is said to
have sprung from his blood.

From such ancient mythology the pomegranate tree
has also come to have deep significance in Hebrew
and Christian ritual. The paschal lamb was
traditionally spitted on its wood, its fruit
was taken into the sacred precincts of the Temple,
patterns of the fruit decorated ceremonial
robes and temple architecture. Early Christianity
assimilated the hope of immortality, expressed
by the cultures of the time, into the proclamation
of the resurrection of Jesus. Thus the pomegranate
came to represent the inner unity of the Church –
many seeds held together in one round fruit. 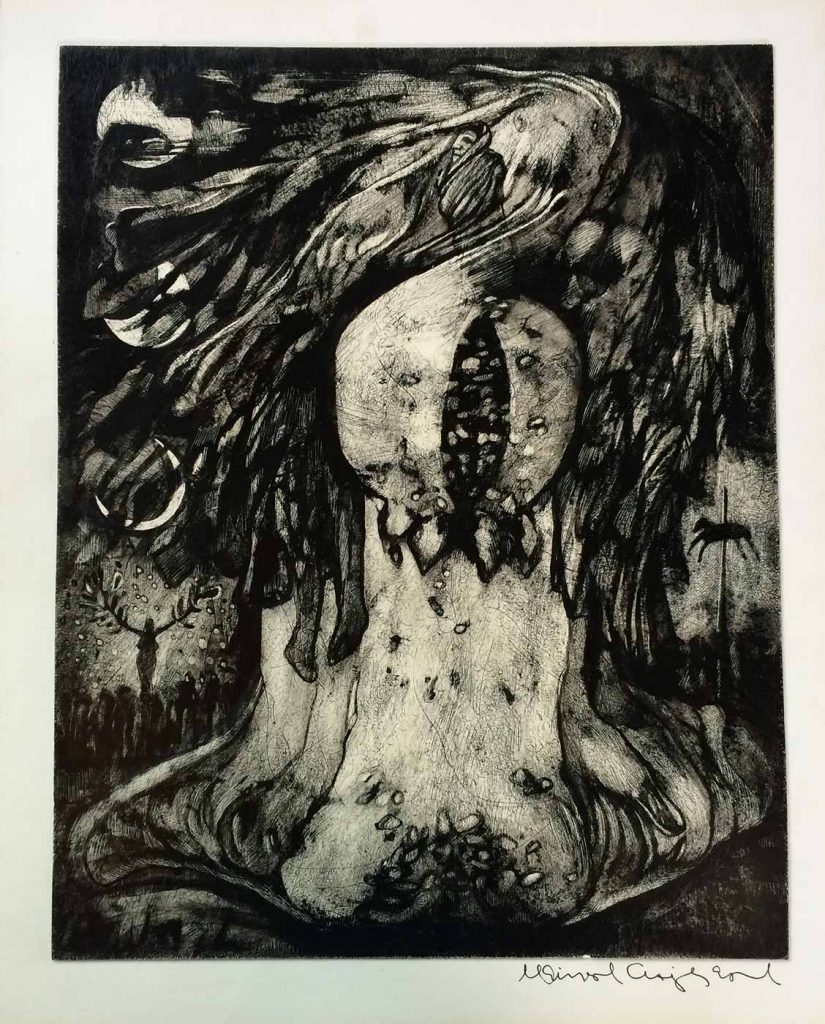