Tree at the Crossroads

TREE AT THE CROSSROADS

In 1872 Black Elk, a nine-year-old American Indian child
of the Oglala Sioux tribe, received an extraordinary dream
vision. In it four powerful spirit beings, the Grandfathers,
gave him four symbolic objects by which he would lead his
Sioux nation into unity. The fourth gift was a living branch
which, thrust into sacred ground within the sacred circle,
burgeoned into a vast world tree, encompassing all creation
in sublime harmony.

This image and the three which follow derive from
Black Elk Speaks, his life story as told by John G. Neihardt.

Then the fourth Grandfather spoke, “Behold the earth!”

So I looked down and saw it lying yonder like a hoop
of peoples. And in the centre bloomed the holy stick
that was a tree. Where it stood there crossed two roads,
a red one and a black one.

“From where the giant lives to where you always face,
the Red Road goes, the road of good,” the Grandfather
said. “And on it your nation shall walk. The Black Road
goes from where the Thunder Beings live to where
the sun continually shines, a fearful road, a road of
troubles and of war. On this also you shall walk.”
–From ”Black Elk Speaks” 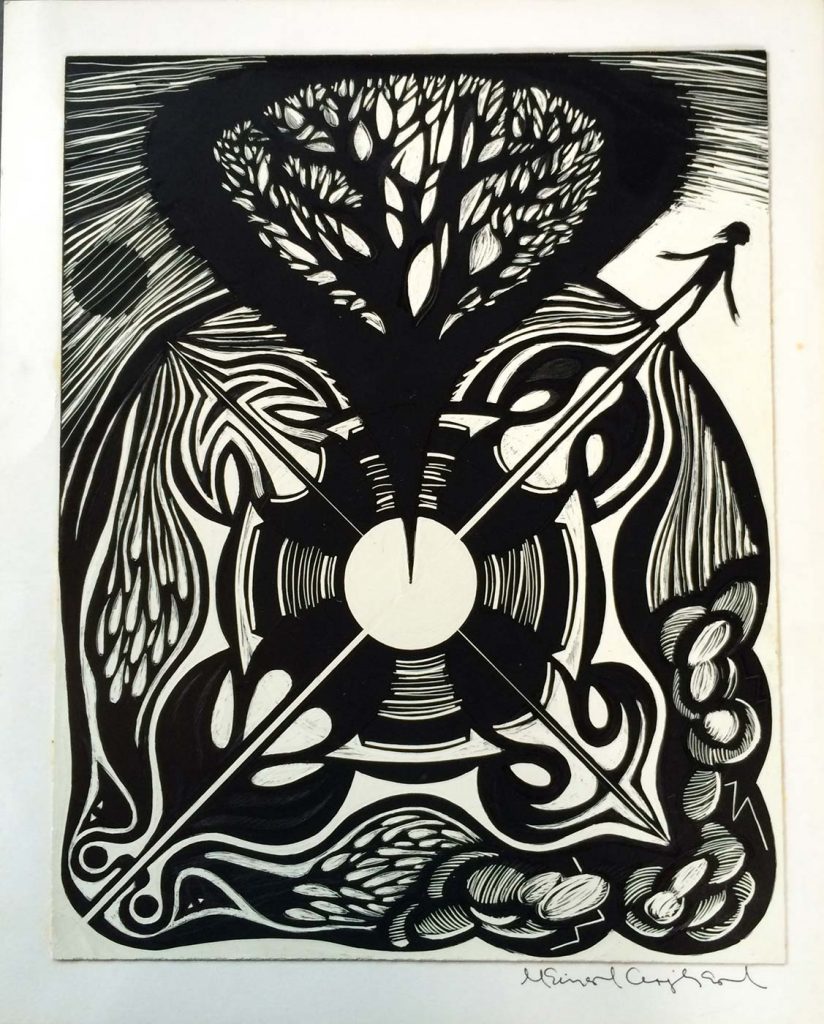