THE TREE OF ONENESS

As soon as I reached God’s unity, I became a bird
whose body was of Oneness and whose wings were
of Everlastingness. I went on flying until I
reached the expanse of eternity and gazed upon
the Tree of Oneness.
–Abu Yazid Bastami, ninth-century Sufi poet

It was a clear, windy morning, the sun was sharp, the sky boundless.
In the apple orchard a group of sparrows, chatty and self-important,
fluttered about their morning business in the lower branches of
the trees. But the wind tossed them about, teasing them, foiling
their plans. Higher, above the apple trees, came some crows, cawing,
flying into the strong wind and, despite its power, maintaining
a straight flight path. Dark, determined birds, going somewhere.

They passed. Then a solitary bird caught the eye. It was a gull,
high up. Not flying, there was no wing movement, it was riding
the wind currents in slow, wide, high circles. Each time it circled,
the sun caught it for an instant at the same point, and the bird
flashed gold. It was spiralling upward rapidly, penetrating
the heavens, yet its movement seemed so effortless that the impression
was one of utter stillness. Quite suddenly it seemed so far away,
so small. Then the bird could not be seen at all, but still the spark
marked the place where it had moved in the highest winds.

The sparrows’ commotion could be heard nearby, punctuated by the
far-off cries of the crows. But high in space there was the hypnotic
repetition of the simple circle, the single sun spark, and stillness. 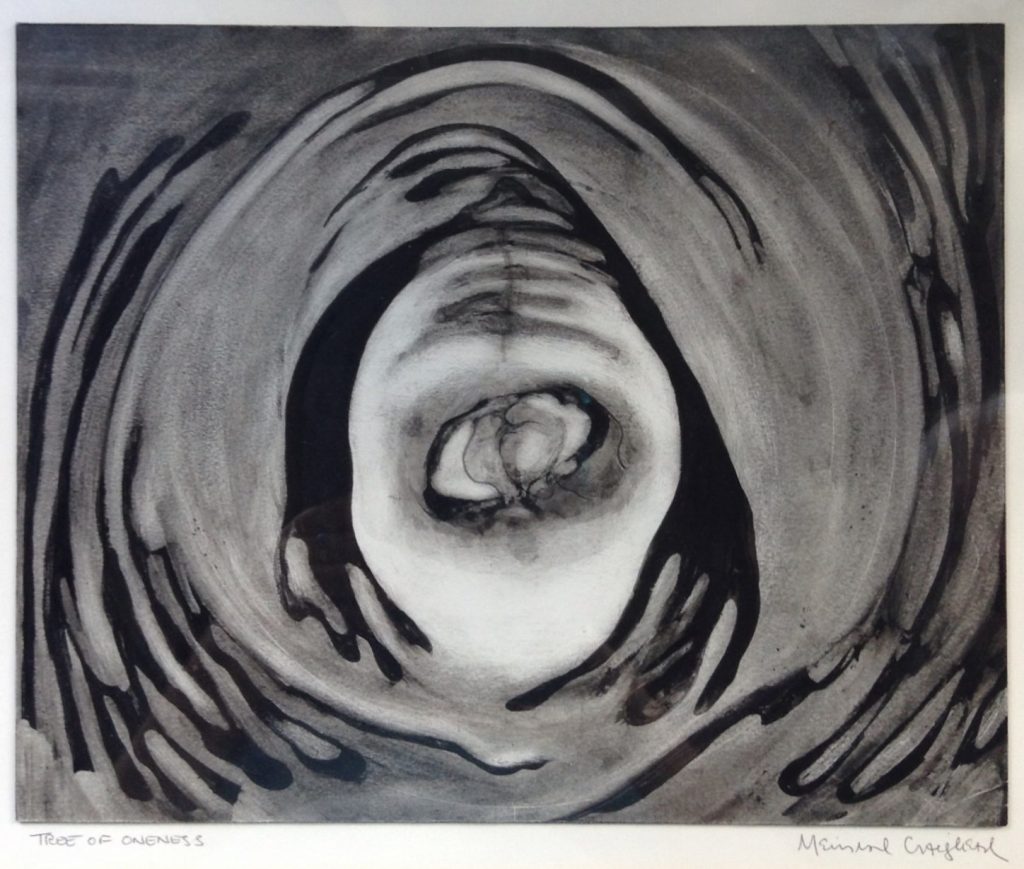