The great World Ash rises through the clouds
into the nine spheres and spreads endlessly
into nine worlds. Its name is Yggdrasil.
From its summit the god Odin rules.
His eagle lives in the loftiest branches.

On the ground below, three women – maiden,
matron, and crone – who represent phases of the
moon, water the roots day and night. Their
vigilance counteracts the destruction wrought
by the serpent Niogghr who lives in the
depths of the underworld and eternally gnaws
at the roots of Yggdrasil. It is in this
underworld, the place of death and eternal cold,
that the gods sit in judgement at the wells of
wisdom and the dead, returned to the earth’s womb,
sleep forever.
–From the Scandinavian Eddaic Poems 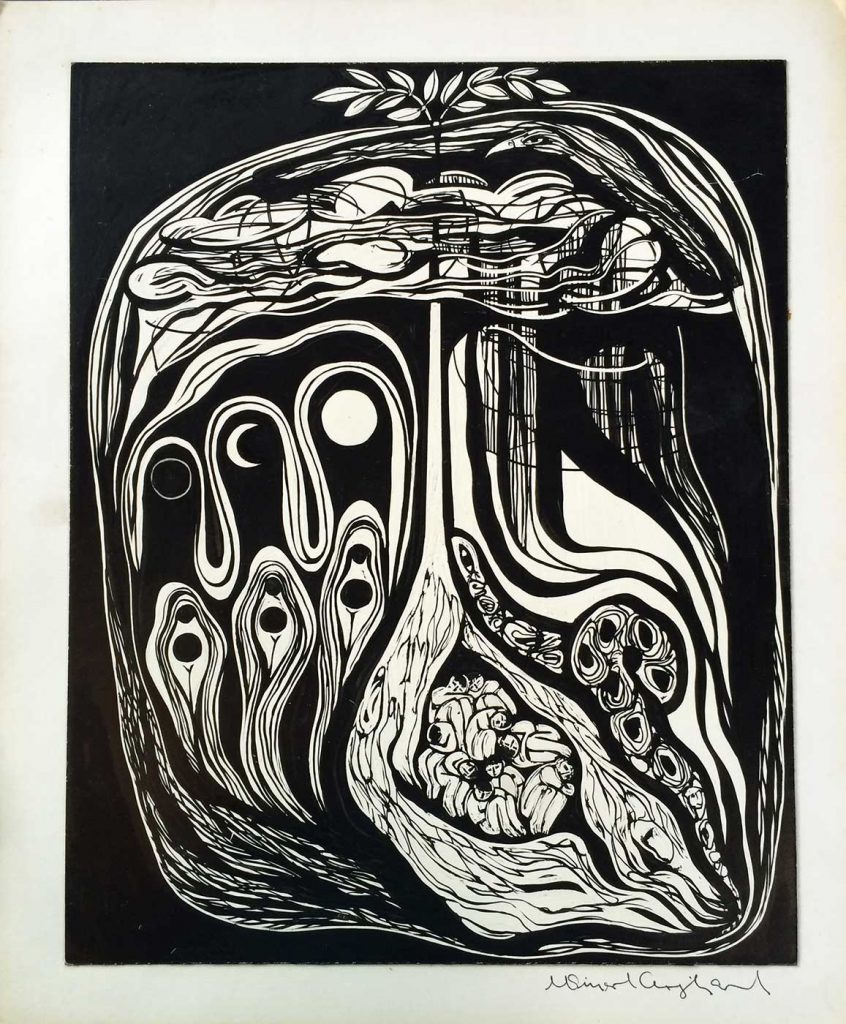